Paper models fall slowly and safely from any height.

Is it true? Let's find out!

All of us probably have seen a model falling from a workbench height, so let's try something taller: 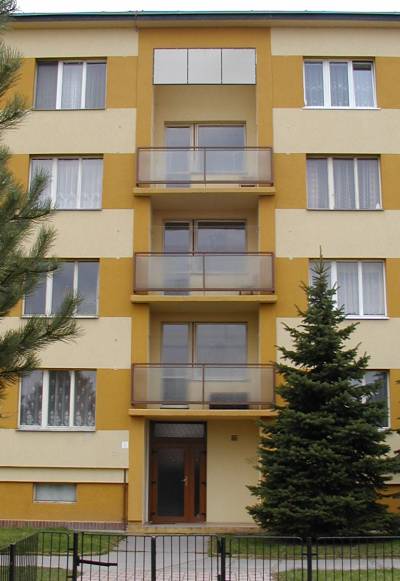 Start: the topmost balcony. Destination: the asphalt-paved walkway in front of the door.

Nice view from up there: 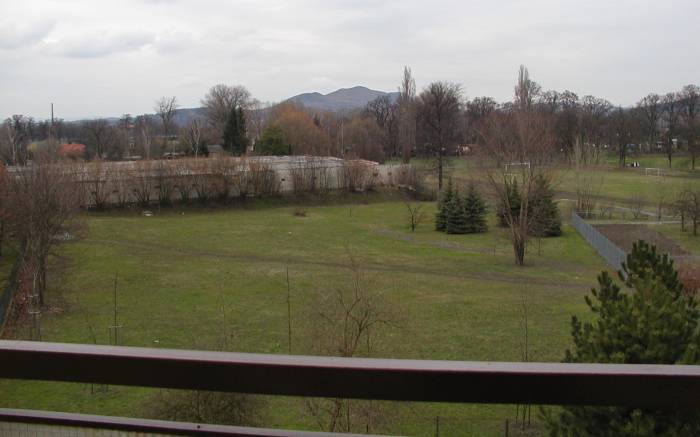 I didn't measure exact height, air pressure or temperature, but there's almost no wind and even the rain has stopped - couldn't be better. 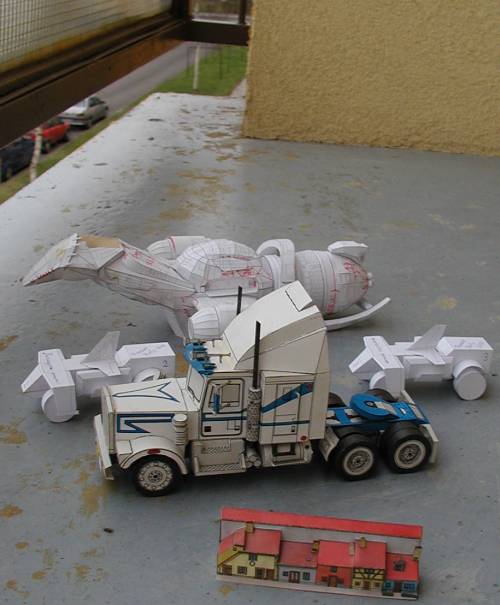 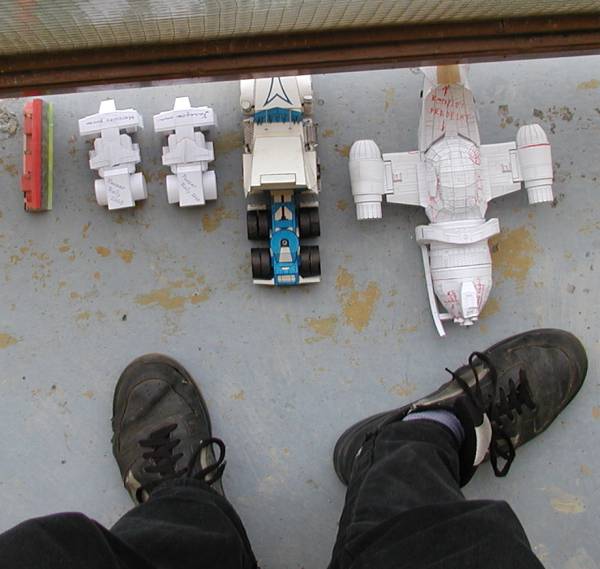 The truck's funnels were almost kicked off, but it survived. Here is the Firefly just before landing: 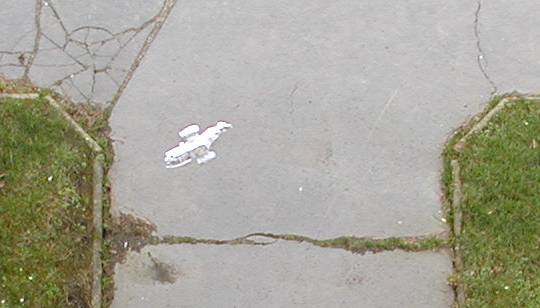 And the Kenworth just after: 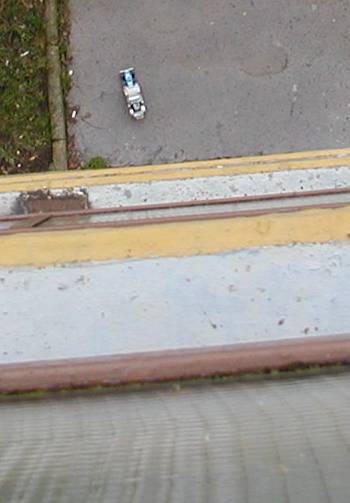 Run down quickly, dispel the gathering crowd, send the ambulance away, salvage the debris and go to the lab for analysis...

I found Kenworth on all wheels, with open bonnet and stolen radio, but otherwise intact. The only sign of the trip is this crumpled fairing: 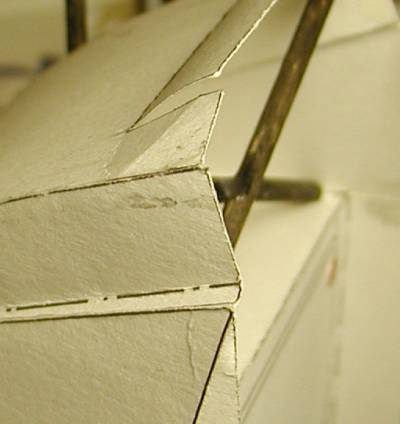 The little street looks unharmed (the crooked chimneys were already like that): 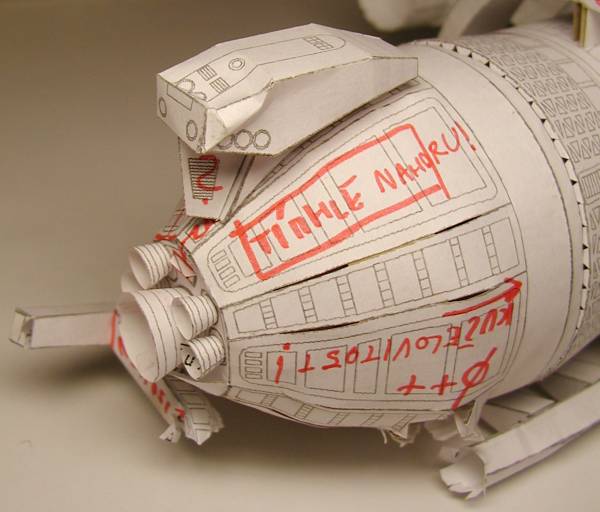 But I think the damage happened before start - see fourth picture. Right extender had been shot away long before this experiment, so it doesn't count.

One of the little cars got slightly bumped: 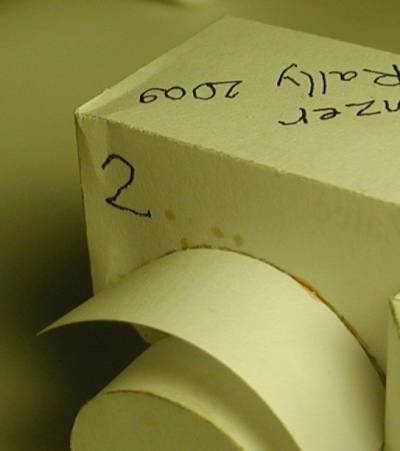 The other one is intact.

Except of those crumpled corners it looks like the myth could be true. But it's not that easy: none of the specimens was extensively laminated. I didn't test any heavy model reinforced by 1 mm cardboard that would probably fall much faster and get more damage (no, I'm not going to risk this one). So the results cannot be generalized.

Do paper models fall slowly? Yes. Can they land without any harm? Yes, they can. Can we rely on that every time? No. So: