A model immersed in water disassembles back to original parts.

Is it true? Let's find out! 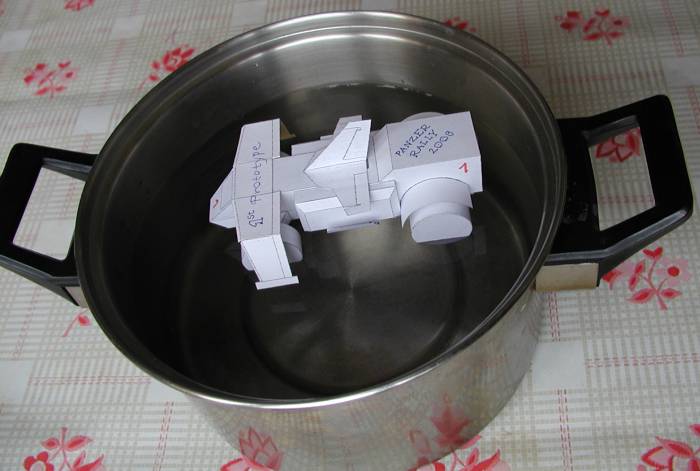 The cooking pot contains a standard cold tap water. The weird little car is made of office paper (80 g/m2) and glued with white glue (Herkules brand), several parts are laminated with cardstock. Let the clash of elements begin!

It was necessary to turn the model over several times to soak it from all sides, because it refused to sink: 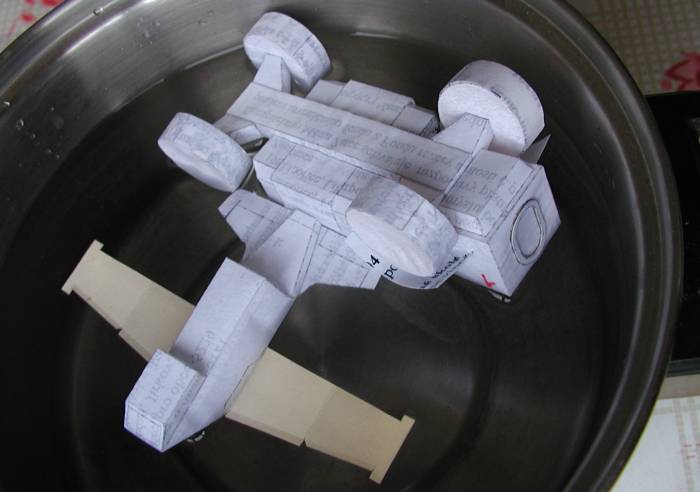 Then it was quick: 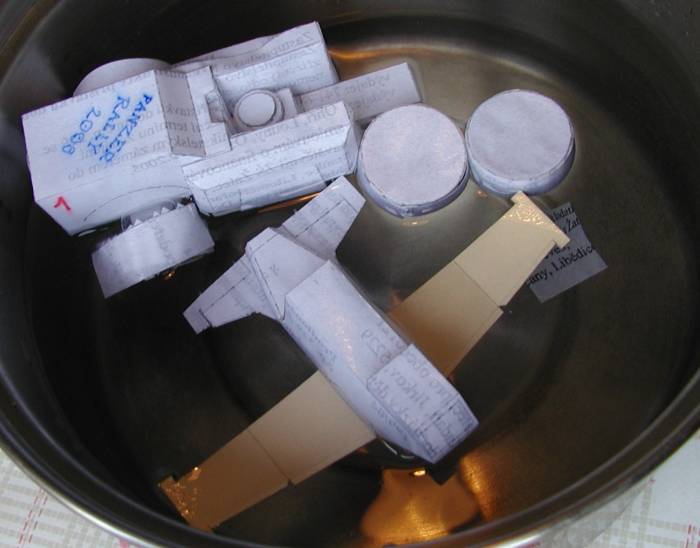 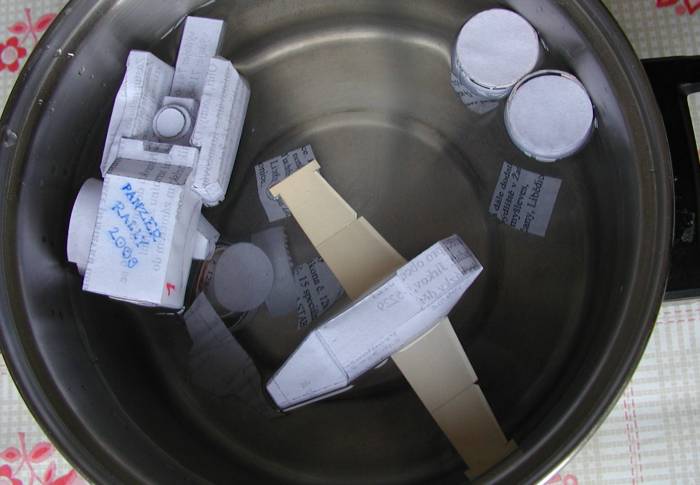 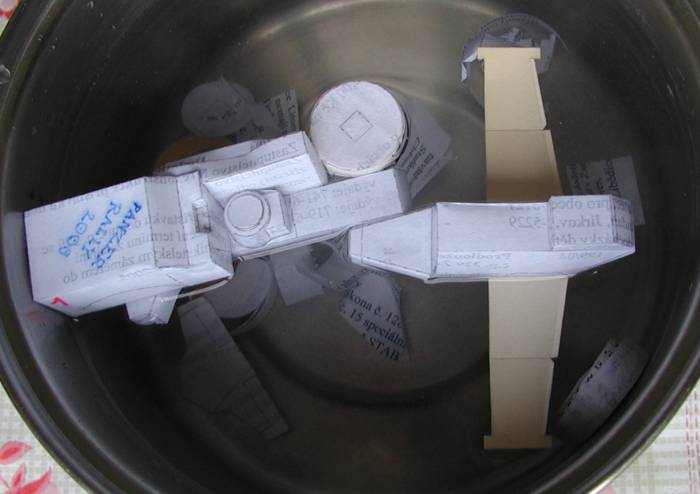 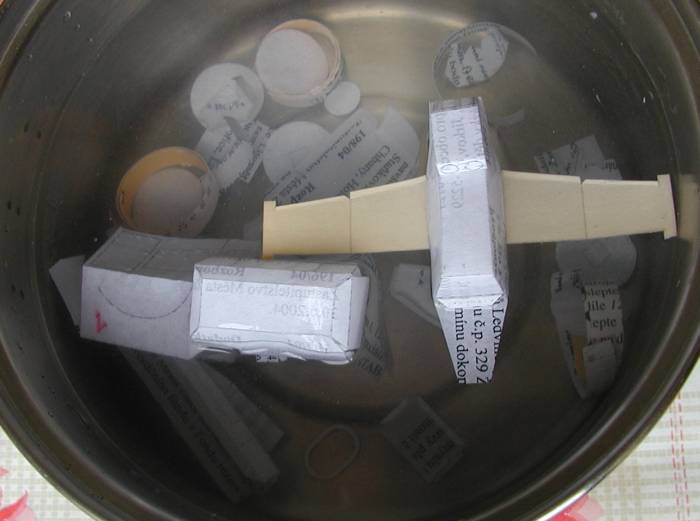 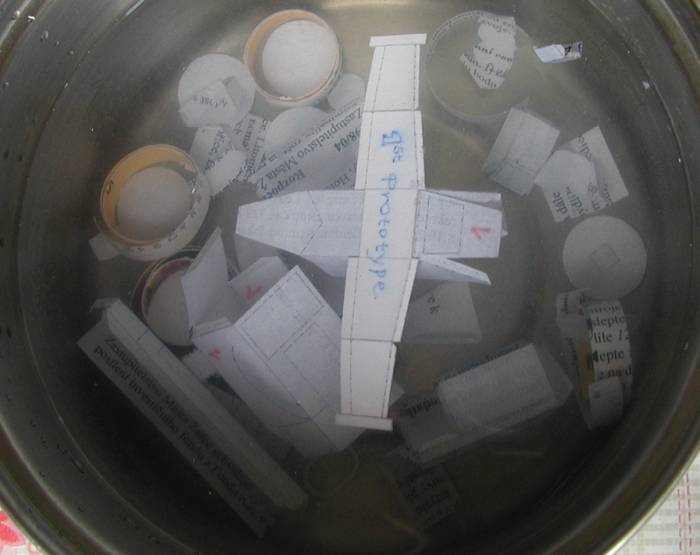 After approximately twenty minutes the fight is over, H2O is the winner: 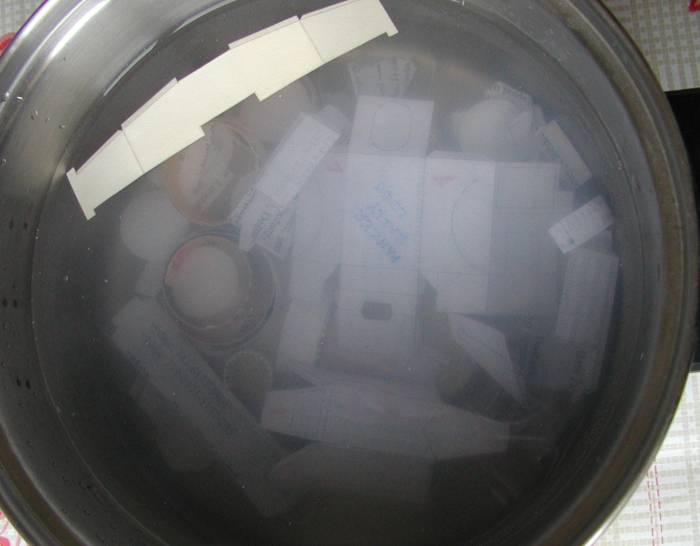 After changing the water to prevent the parts to stick together again, the debris were exhumed and partially dried on some newspaper: 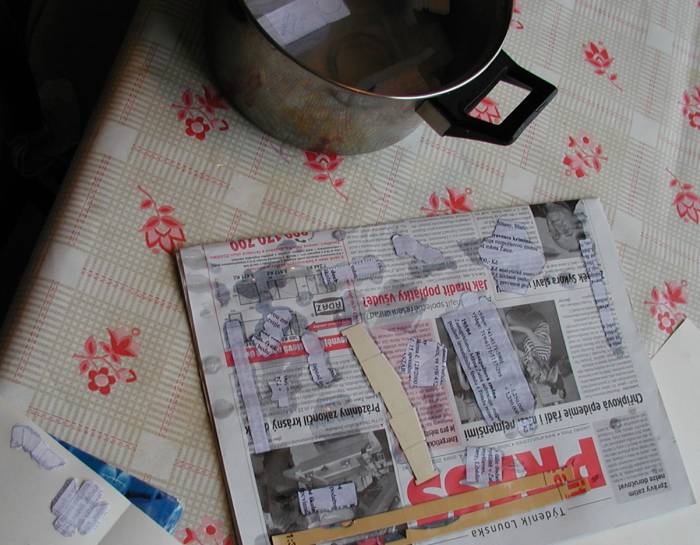 Even the laminations survived: 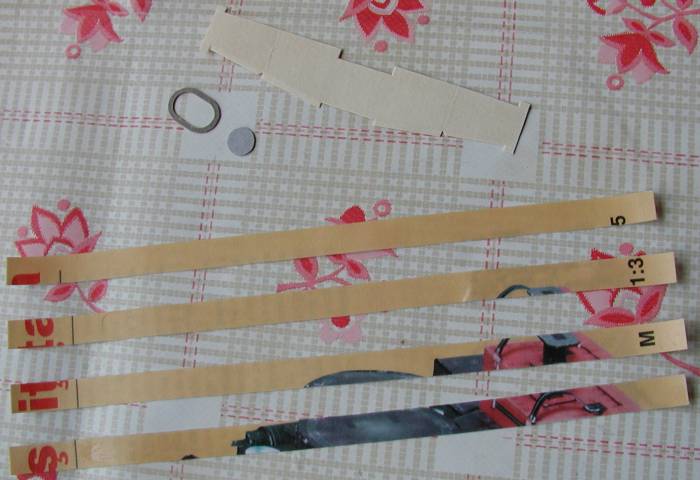 Then the parts were inserted between clean paper sheets and put under weight inside a hardcover exercise book for a night.

The morning brings us the following result: 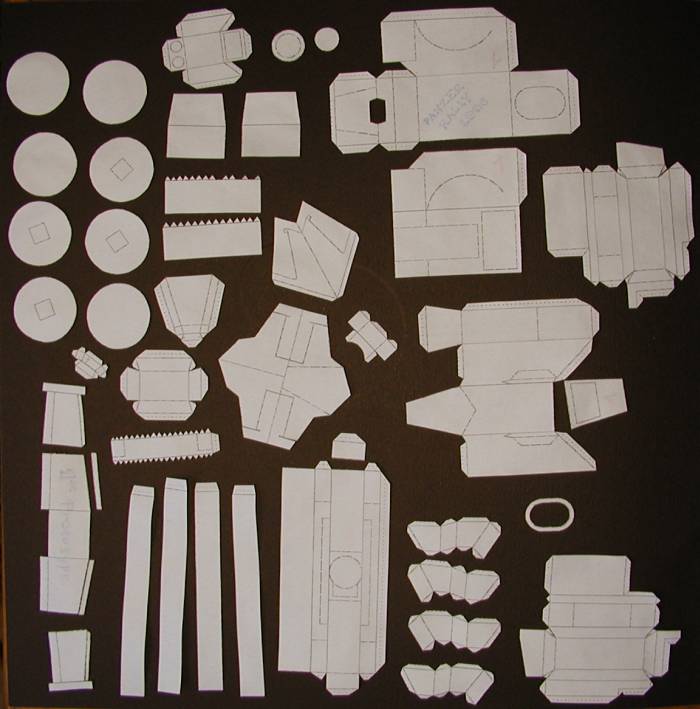 We can see warping of some longer parts (like the wheel treads), but nothing serious - a heavier weight or an iron may have prevented it. Paper quality didn't suffer much (but that can't be generalized for all types of paper). Needle print was not affected at all, but ink-painted writings are almost completely gone. Fold lines can still be seen and the paper can be folded again (no, I'm not going to rebuild it), just some more heavily scored ones - especially on the laminated wing - failed (the few teeth on the mudguards don't count, they were already torn away during build). All in all, we have quite a neatly disassembled model.

So, how to classify the trustworthiness of this myth?

Does the model disassemble? Yes, if the glue is not water-resistant. Does it disassemble down to the original parts? Not so much - some folds crack, so you get more parts than before. Also the quality is not the same. But generally, it really works.